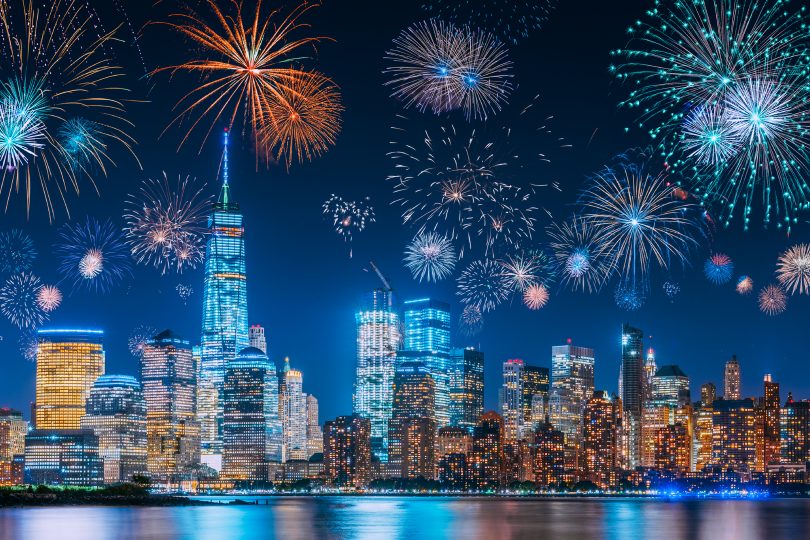 It’s difficult to accept that the year 2020 is just a few short weeks away as 2019 has passed within a blink of an eye! On December 31st it is estimated that one million people will crowd the streets of New York City eager to catch a glimpse of the 11,875-pound Waterford Crystal ball as it descends its way down the flagpole at 11:59 PM. At 11:59:50 the mob will join Ryan Seacrest and Jen McCarthy in a ten second countdown to ring in the new year, followed by the traditional Ballard, “Ring out the old, and ring in the new.” Fireworks will light up the sky throughout the country as onlookers vow to stick to their resolutions in the upcoming year, although it’s no surprise that we Americans tend to fall away from our resolutions only a month or two into the new year. New Year’s Eve will be celebrated at different times throughout the globe due to the 24 different time zones, however if your country follows the Gregorian calendar there is sure to be some sort of New Year’s Eve tradition. In Spain, residents will consume 12 green grapes in the last 12 seconds of the year which is said to bring them good luck!  The French ring in the New Year with a very elaborate spread known as la Saint-Sylvestre. Irish households can be found banging bread against the walls for this is believed to chase away evil spirits. Romanians dress up as dancing bears to chase their evil spirits away.  Japan and South Korea will bring in the new year by ringing bells to relieve citizens of their sins and cleanse their souls. However you decide to bring in the New Year, celebrate the entire month of December by taking 15% off the following items.

Please use code FBDEC19 at checkout for 15% off the wholesale price. Please note, one coupon per customer and the discount cannot be applied to already discounted, tiered pricing or drum pricing.

HAVE A SAFE AND HAPPY HOLIDAY