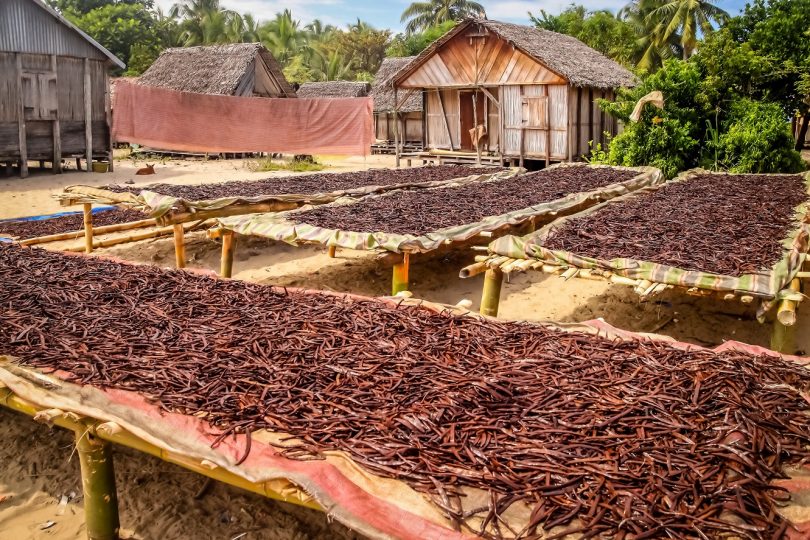 One of the most fundamental concepts of economics is the law of supply and demand.  The Purchasing Manager at Jedwards International is constantly trying to forecast and balance the amount of material that may be needed against the amount of supply we keep in our warehouse.  When you are dealing with natural ingredients, this responsibility becomes even more difficult when Mother Nature or other extenuating circumstances get factored in.

Take, for example, Vanilla Extract, which is increasing in popularity at Jedwards International due to its classification as both NOP and EU Organic certified as well as Kosher Certified.  Vanilla is known throughout the baking industry as a staple in recipes because it enhances the flavor of other ingredients in the recipe, adding a spicy, delicate essence and providing a strong, enticing aroma.  Recently, I was contacted by a customer who was frantically trying to purchase Vanilla Extract to keep up with a back log of commercial orders that they had been contracted to fill.  The news that we currently had limited inventory did nothing to pacify the situation. Currently, an unprecedented limited supply of quality vanilla beans has wreaked havoc in the world, tipping the demand side economies of scale on its ear.  Many do not understand why this precious baking commodity is so hard to find these days.  A vanilla bean shortage in Madagascar, the provider for 85% of the world’s vanilla, and a decline in production elsewhere in the world have caused prices to jump and resupply harder to fill.  This causes the demand for vanilla to grow which means higher costs not only for consumers but also for bakeries, creameries, candy and beverage makers as well as suppliers, such as Jedwards International.  Prices have risen over 230 percent since 2014 according to Bloomberg.

Madagascar is an island located in the Indian Ocean off the east coast of Southern Africa, and the world’s principal supplier of the difficult to cultivate crop, vanilla.  Complex factors to grow the plant contribute to the labor-intensive nature of vanilla farming.    Beans that grow on the orchids are often pollinated by hand to increase vine growth, however it can take up to three years for a vine to produce a vanilla bean.  Therefore, if an issue causes a crop to decline, it has lingering effects.  Supply problems caused vanilla bean prices to spike in 2003 and then subsequently crash the following years.  This has caused a stress on the vanilla market over the past several years.  Suppliers, which have been low for the past few years, have been further complicated by implications of drought conditions.   Then, just as supply was beginning to improve, in March, 2017, Madagascar experienced the most intense tropical cyclone in 13 years.  Cyclone Enawo made landfall with winds up to 270 kilometers per hour, the equivalent of a Category 4 hurricane, leaving scores dead and triggering floods and landslides.  The cyclone damaged 30% of the vanilla crop, the remaining 70% will be ready for harvest in July, 2017.  Soon after that time, there will be more vanilla to meet the increasing demand.  People who have been to Madagascar recently say the next crop of vanilla is looking good, meaning supply will be more readily available. Meanwhile, halfway across the world, Peru has experienced a similar weather calamity as a result of heavy rains powered by El Niño.   Severe flooding ensued, due to ten times more rainfall than normal, causing rivers to overflow, and mudslides to destroy roads and farms.  These heavy rains that occurred in March, 2017 created roads and bridges to be washed away which blocked access to and from the region of Piura.  This North-West region of Peru is the site where a large portion of cacao is produced.  Peru is Jewards’ sole supplier of cacao materials.  Due to the severe nature of the flooding, transport of cacao natural materials was halted for several months, causing inventory to drop to all-time lows.  Jedwards is pleased to announce that last week, long awaited cacao materials from Peru have begun to arrive to our warehouses.

The vanilla and cacao supply, affected by natural disaster, is just the tip of the iceberg for inventory at Jedwards to be low or depleted until further notice.  Because many of the materials are shipped to us worldwide, there can be hold ups in customs that delay deliveries to our Braintree, MA warehouse.  Mechanical errors have also held up deliveries of other materials as of late.  If you see your favorite material listed as out of stock on the website, contact a Jedwards Sales representative to find out when resupply is expected.   There is typically a comprehensible reason that is normally outside our control, all factoring in to the economics of natural ingredients.