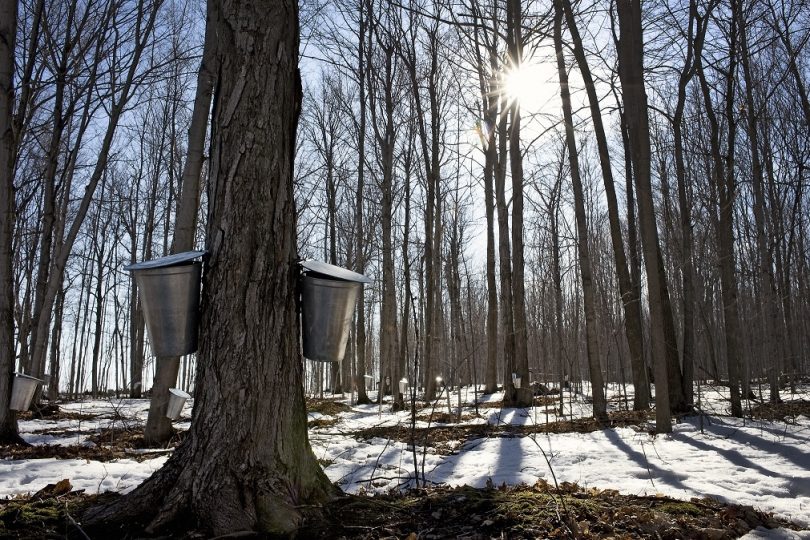 As winter appears to be coming to an end and signs from Mother Nature offer promises of spring, mature maple trees scattered throughout New England and Canada are being drilled into and tapped with the hopes of an abundant sap flow.  The sap that dribbles out of the taps is collected, then filtered to remove impurities.  It is then heated to kill yeast and mold and to prevent fermentation.  The end result is a robust flavored, pure maple syrup which is 100% natural, with no additives or preservatives.

The addition of Organic Maple Syrup is imminent at Jedwards International, and we are excited about expanding our line of natural sweeteners.  A healthy and popular alternative to sugar, maple syrup offers nutrients that cane sugar is so sorely lacking, such as important antioxidants and minerals including zinc and magnesium.  Maple syrup also provides less sugar overall, the result a much more natural, unrefined product than cane sugar. Over 300 years ago, early settlers in the U.S. and Canada learned the fine art of sap collection from the Native Americans.  There are several legends surrounding the initial discovery of sap that runs from the confines of the maple trunk.  While none of these ancient legends have been historically proven, it is known that dairy farmers in the 17th century required a source of sweetener that was better and more economical than sugar or molasses.  The farmers, referring to maple trees as “sugar bushes”, tapped into the trees, positioning buckets directly under the taps, and emptied the collected substance into a sugar house to boil it down over a wood fire, leaving a brown, sweet syrup.  Nowadays, the process is much more mainstream and the industry has evolved to utilizing a more technological approach.  A tubing system has replaced the aforementioned buckets, most with a vacuum system that sucks the sap out of the trees to increase yield.  Oil fueled furnaces and reverse osmosis filters remove the water prior to boiling, however the essence remains the same.  Collect the sap, reduce it over heat, enjoy a sweet, natural, healthy nectar.

The maple syrup that Jedwards International will be supplying is sourced from the U.S. and Canada and classified Grade A, which can be further categorized into 3 groups based on color:  Light Amber, Medium Amber and Dark Amber.  The main difference of these categories is that the darker syrups are made from sap that is extracted later in the harvesting season, resulting in a stronger maple flavor.  The lighter syrups are more desirable for natural syrup usage while the darker syrups are typically combined in recipes for baking purposes.

The debut of maple syrup in the month of March will complement the growing line of sweeteners in the Jedwards International line of materials.  Check back for the introduction of even more highly anticipated sweeteners to our line of products as 2017 rolls out.