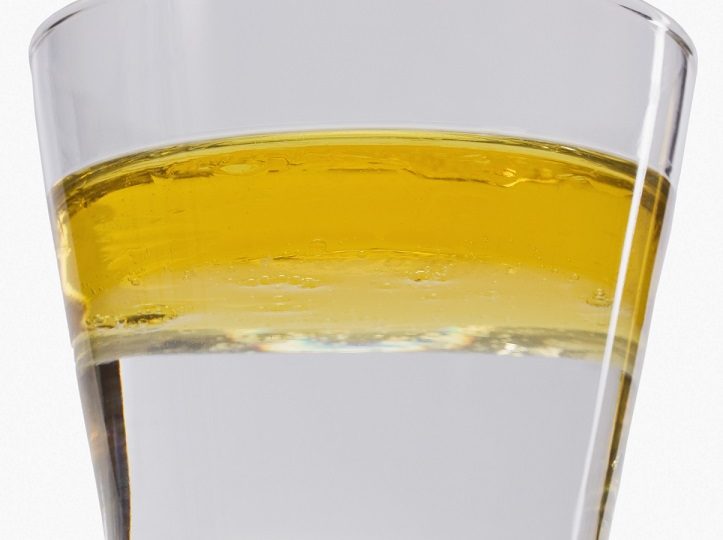 I’m sure we’ve all been accused of using the idiom “oil and water don’t mix.”   While cliché, this theory does have an element of truth, as oil and water have been proven to be immiscible.  Any time the force of attraction between molecules of the same liquid is greater than the force of attraction between two different liquids, the result is a separation of liquids in its settled state.  Jedwards International carries a variety of emulsifying materials to help create a stable blend of materials that otherwise would not mix.

Lecithin is a generic term meaning a variety of naturally occurring fatty compounds distributed in some plant and animal tissues which consists of phospholipids and choline.  In 1845, Theodore Gobley, a French chemist, was responsible for first isolating, and ultimately determining the chemical structure of lecithin from an egg yolk.  The name lecithin is derived from the Greek word for egg yolk, lekythos.  Since that time, much progress has been made in identifying additional materials which are natural derivatives of lecithin.  Lecithin is a powerful superfood that is used by every single cell in your body.  In addition to the physical benefits, Lecithin also adds a delightful thickening agent in foods and homogenizes liquid mixtures.  Jedwards International supplies alternate varieties of lecithin including soy and sunflower based.  Let’s explore the qualities of each material. Soy based lecithin is a combination of naturally occurring phospholipids, which are extracted during the processing of soybean oil.  The soybeans are tempered by keeping them at a consistent temperature and moisture level which hydrates the soybeans and loosens the hull.  The hulls are separated from the cracked beans and then the soybean pieces are heated and pressed into flakes.  Soybean oil is extracted from the flakes through a distillation process and lecithin is separated from the oil by the addition of water and steam precipitation.  Soy Lecithin is used in chocolates, to help promote solidity in margarine and to give consistent texture to dressings and other creamy products.  In addition, its unique lipid molecular structure makes it useful for cosmetic applications.  The key benefit of soy lecithin, if compared to sunflower lecithin, is that it has a more economical price point.

Lecithin derived from sunflower is obtained by dehydrating the sunflower seed and separating it into three parts; the oil, the gum, and other solids.  Lecithin comes from the gum by-product as a result of the extraction mechanical process called cold pressed. Although soy was once the more popular lecithin material, sunflower has been growing in favor due to increasing soy allergies and people desiring to eliminate all soy from their diets.  Sunflower lecithin inventory at Jedwards International is organic, with no known allergic reactions caused by this product.

Another material with qualities that disperse minute droplets of one liquid into another that is not soluble is Emulsifying Wax, NF.  The NF indicates this material conforms to the specifications of the National Formulary, a medical publication containing standards of approved botanicals, excipients and other similar products.  Our Emulsifying Wax consists of 80% Cetostearyl Alcohol and 20% Polysorbate 60.  Emulsifying wax is a great choice in cosmetic formulas, specifically for lotions and creams as it binds the oil and water together on a molecular level.  Unlike materials such as beeswax, which is considered a thickening agent, emulsifier wax offers a strong, consistent emulsion, much more stable than beeswax.  Emulsifying wax doesn’t deteriorate on heating, experiencing only slight differences in color at high temperatures.

Your material choice for emulsifier depends primarily on your formula and the other ingredients in the product so none of the emulsifiers described above are an across the board solution to your binding needs.  In addition to the materials described above, Jedwards International has a whole host of raw ingredients to complement your business needs.