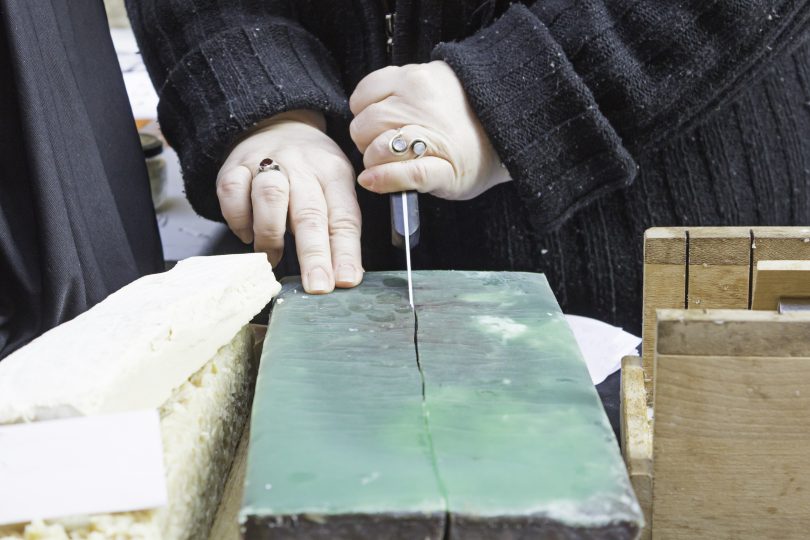 The word soap, from the Latin root “sopa” has created abundant interest throughout time, and much original usage speculation, as well as the first introduction into civilization, has been debated.  There is a fascinating re-publication, originally published prior to 1923, aptly titled, “The Handbook of Soap Manufacture,” by W.H. Simmons and H.A. Appleton, which describes in great detail the importance and historical aspects of soap making prior to the Information Age as well as the somewhat archaic techniques used for soap making in a bygone era.

Thousands of years ago, all the way back to 2800 BC, in a thriving metropolis in Mesopotamia, Babylonians were the first to start honing the craft of soap making.  They made the soap from fats boiled with ashes and then used it to clean wool and cotton in the manufacture of textiles and also medicinally for skin diseases.  Fast forward to 1550 BC and you would have found Egyptians mixing animal and vegetable oils with alkaline salts, producing a soap-like substance. There are several historical mentions of the Egyptians using soap for personal hygiene.  Soap became hugely popular throughout the Roman Empire, circa 100 BC to 400 AD.  When the ruins of Pompeii were excavated, an entire soap factory was discovered in the rubble.  In the second century AD, the famous Greek physician, Galen, promoted using soap for personal sanitation purposes and healthful living, which prompted a new interest in combining materials and advance the antiquated process of soap making.  Beginning in the 7th century, Arabic chemists were the first to create soaps using materials such as olive oil combined with aromatic oils and lye.  Some of the soaps were in the liquid form and others took the form of solid.  In the 8th century, the Italians and Spaniards created their soaps using goat fat and Beech tree ashes, while the French were experimenting with olive oil formulas.  Fragrances were introduced and a whole new market was born, introducing products for bathing, shaving, shampooing and laundry.

As time progressed, soap making was fine-tuned, somewhere around the 16th century, and the use of animal fats became obsolete, focusing strictly on the use of vegetable oils.  Many of these superior blends of soap are still manufactured today.  Before you knew it, the industrial revolution was upon us.  The awareness between cleanliness and health was a catalyst to large scale bar soap production coming into the picture.   Around the turn of the 19th century, a discovery leading to the patent of the method of making sodium carbonate from commonly available salt helped mold the face of modern day soap making.  In addition, trial and error led to the introduction of combining fatty acids, glycerin, and fats to the production of soap.  Finally, the development of synthetic detergents provided another breakthrough for alternate options to soap making still in use today.

One of the greatest correlations between the theories of soap making in the past and present is the requisite for the usage of high grade materials and the necessity for the oils and fats to be free from excess of acidity.

At Jedwards International, we not only supply the quality base materials for handcrafted soap making, such as Glycerin and M&P Soap Base products, but we also carry a vast array of plant based essential oils and fragrance oils to suit the needs of the myriads of soap makers.   Our alliance with several notable soap maker guilds including Handcrafted Soapmakers Guild and Canadian Guild of Soapmakers, Candlers and Cosmetic Crafters, allows for an exchange of information to ensure that the fine art, and science, of soap making continues to progress in a manner that should delight, and satisfy consumers worldwide.