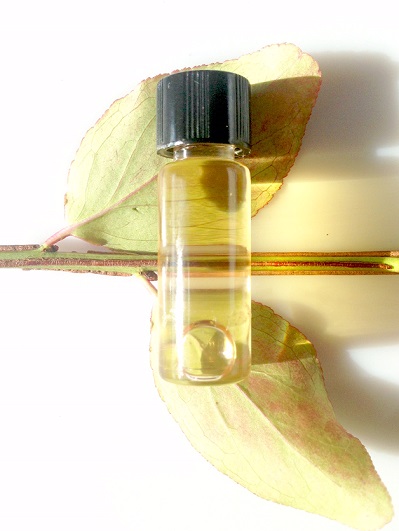 Essential oils are wrung:
The attar from the rose
Is not expressed by suns alone,
It is the gift of screws.
The general rose decays;
But this, in lady’s drawer,
Makes summer when the lady lies
In ceaseless rosemary.
-Emily Dickinson, Complete Poems, 1924. Part Four: Time and Eternity, LXV

Essential oil is the life blood of plants. It carries oxygen and nutrients all over the plants’ cells. It is instrumental for a plant’s growth and repair of any structural damage. Its power within the plant has led people for centuries to believe that it could have similar fortifying and healing properties for people. While scientific data on its impact on disease, pain, distress etc. is lacking, essential oils do tap into the significant power of scent in all of us. Whether it’s a childhood association or just a particular aroma that appeals to an individual’s sense of smell, essential oils can have a profound impact on ambiance and emotions.

Fall is a season that many people associate with smells, from apple and pumpkin baking to burning leaves and roaring fires. Jedwards International carries several essential oils, but perhaps the most emblematic of fall are our patchouli, cinnamon leaf, and clove oils.

There are references to cinnamon as far back as poetry from the 7th century BCE. Like so many of these precious concentrates, it was used as a gift for kings and gods, and burned as incense during grand funerals. Although primarily used as a flavoring ingredient in cooking and baking (as well as our Cinnamon Powder), cinnamon oil is also popular in candle and soap making, and in cosmetic products. Some consumers have discovered it to be an effective natural bug repellent, a quality it shares with clove oil.

Clove oil is also a distinct autumnal aroma. Jedwards carries both Clove Stem Oil and Clove Bud oil, the primary difference being what part of the plant the oil is derived from and levels of eugenol, the ingredient to which many attribute clove oil’s mild anesthetic properties. Stem oil is stronger and clove bud oil is milder in eugenol content. Like cinnamon oil, clove oil used to be worth more than its weight in gold and today holds a respected place in baking and cooking throughout the world. Clove oil is still used today to alleviate tooth pain as well, though there remains some debate as to its degree of effectiveness.

Today, these aromas most often bring us back to the kitchen, but our association of colder weather with these scents is no coincidence. Cinnamon leaf and clove oils were believed to have some antibacterial properties, a more pressing need in the disease-riddled winter months. While patchouli oil isn’t as known for its antibacterial properties, its initial use was as a moth repellent on clothes exported from India in the 19th century. Its smell, one of the few essential oils that improves with age (becoming sweeter), likely greeted anyone unpacking clothes for the winter. Patchouli oil is an excellent base for mixing with other essential oils. Its earthy, stabilizing aroma often balances more volatile essential oils, enabling those aromas to be released over a longer period of time.

All three of these embracing, uplifting essential oils are also considered aphrodisiacs, yet another reason to pick up these sweet, warm and spicy aromas to carry you through the cold, dark winter months!