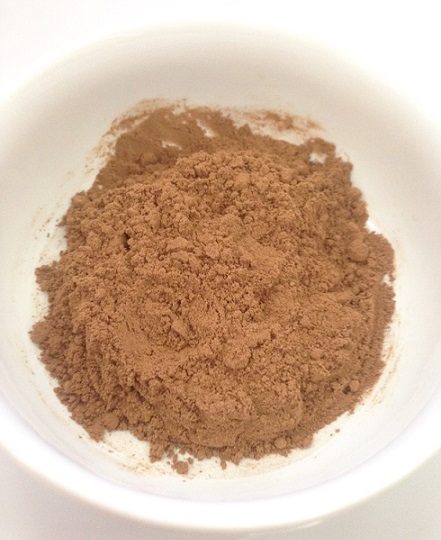 “Chocolate is the divine drink which builds up resistance and fights fatigue. A cup of this precious drink permits man to walk for a whole day without food.” –Hernando Cortez, 1519

Though Cortez marveled at the sustaining power of chocolate upon observing the Aztecs consumption, Europeans found cocoa extremely bitter. Sugar helped popularize the drink in Spain and elsewhere shortly thereafter, however. But it wasn’t until 1847 in England that cocoa butter was added to the cocoa liquor to make solid chocolate, and the Swiss then added milk powders to create what we know as milk chocolate today. Interestingly, as people become more aware of the antioxidant impact of cocoa, many consumers are seeking out the purer forms of cocoa liquor and powders that the Aztecs likely enjoyed, even the unroasted, raw nib of the cocoa bean. Instead of simply a sweet treat, it has come full circle and is now regarded as a “superfood” by many.

Though it has been 500 years since Cortez wrote admiringly of the hot cocoa made by the Aztecs, the basic methodology for processing cocoa has remained the same, despite attempts to speed up and mechanize the process. It turns out, like so many good things, time and care are vital components in the development of cocoa’s distinct flavor.

Cocoa pods are most often harvested by hand. They are cracked open and the beans are left to ferment under leaves for 4-7 days depending on the variety. The beans are rotated so as to obtain even fermentation. (There is also a slightly more mechanical fermentation process where the open pods are placed in step-wise positioned boxes and rotated every so often as they ferment). The sugary sweet white flesh around the beans completely degrades, leaving just the beans behind. It is this fermentation process that dictates the development of color and flavor for the cocoa bean. The cocoa beans are then dried, in the sun if the location permits, or they are placed on mats on stilts that have a retractable roof, and hot air is used to dry them in rainier climates. The beans are typically then roasted, but can also be processed raw. Finally, the meat of the bean, the nib, is separated out to be used to make the building blocks of chocolate.

At Jedwards, in addition to both raw and roasted nibs, we also carry the three products created by the nib of the cocoa bean: cocoa liquor, cocoa powder and cocoa butter in both conventional and organic versions. Cocoa Liquor is the foundation of these products and of chocolate itself. It is the product from which cocoa powder and cocoa butter are made, and, when combined with cocoa butter, results in dark chocolate. Adding milk and sugar to that combination results in milk chocolate. Cocoa Liquor (also known as unsweetened baking chocolate) is produced from grinding the cocoa bean nib to a smooth, liquid state. Cocoa Butter is a natural fat in the cocoa beans that results from pressing the chocolate liquor. The remaining ‘cake’ once the cocoa butter is released is what is pulverized to create cocoa powders.

Jedwards carries two different fat contents for cocoa powder—20/22 and 10/12—and both natural and dutched versions. The dutching process is an alkaline treatment of the nib prior to grinding or to the liquor prior to pressing. It darkens the powder, which in turn gives your finished product a darker color and a smoother flavor. It has increased solubility and is popular for chocolate drinks. Its neutral pH also makes it ideal for recipes that call for baking powder—not baking soda, which relies on natural cocoa powder’s acidity to activate it. Natural cocoa powder is a lighter color and fruitier flavor.

Although it’s best known for its role in the food industry, cocoa powders and butter are increasingly used in cosmetic products, ranging from face powder to moisturizer. Please visit our main site for more information on our range of cocoa products and contact us with any questions!