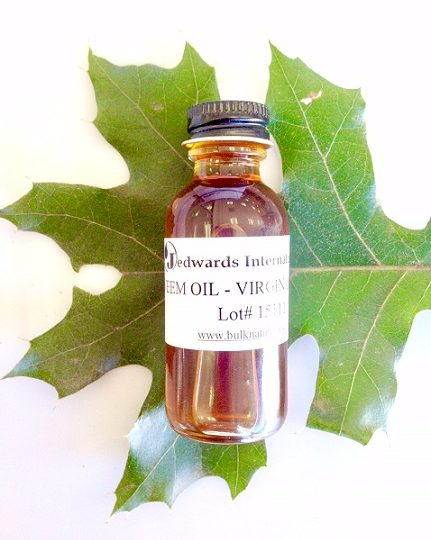 The Neem tree is indigenous to India and has been recorded as a source of medicine and skin treatment as early as 4,000 BC. In ancient times, Neem oil extraction in India was a specialized profession performed by the teli or oilmen. A traditional oil extractor, called a kohlu, reminiscent of a wooden pestle and mortar attached to a plank, was rotated by oxen when the seeds were fed into the mortar. A bamboo pipe collected the oil that was crushed out of the seeds by the oxen’s movement. It appears in ancient Indian texts and the leaves are often hung in a new infant’s crib to symbolically ward off illness. The tree was also adopted by many African countries, where it can be found throughout the continent.

The method of processing is likely to affect the composition of the oil, since the methods used, such as pressing (expelling) or solvent extraction are unlikely to remove exactly the same mix of components in the same proportions. The Neem oil yield that can be obtained from Neem seed kernels also varies widely in literature from 25% to 45%.The oil can be obtained through pressing (crushing) of the seed kernel both through cold pressing and through a process incorporating temperature controls. Neem seed oil can also be obtained by solvent extraction of the neem seed, fruit, oil, cake or kernel. A large industry in India extracts the oil remaining in the seed cake using hexane. This solvent-extracted oil is of a lower quality as compared to the cold pressed oil and is mostly used for soap manufacturing. At Jedwards, our wholesale bulk Organic Neem Oil is carefully cold pressed, preserving the maximum amount of benefits of the oil. The oil has moisturizing and regenerative properties, contains Vitamin E, and has essential fatty acids. Neem oil is exceptionally rich and contains a heavy odor. It will need to be diluted accordingly before adding it to your products. We recommend experimenting in small batches with this oil, so that the odor does not adversely alter your final product. We have seen it used in an incredible variety of products, including mouthwash, moisturizers, homemade insect repellents, deodorant, hair care and soap making. Explore the potential of this ancient, revered oil in your own formulations or daily care!