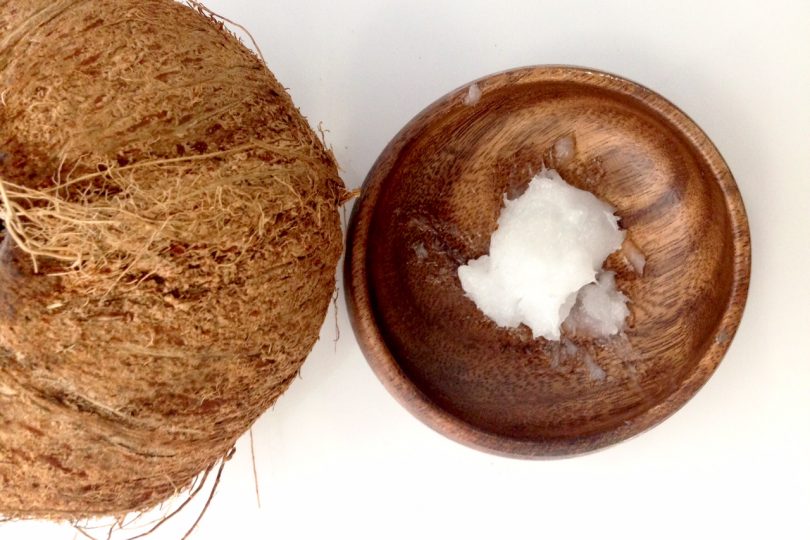 Jedwards International is one of the largest suppliers of bulk organic virgin coconut oil and RBD (refined/bleached/deodorized) organic coconut oil. Recent data from the industry group, Asian and Pacific Coconut Community (APCC) states that bulk coconut oil exports to the United States have grown over 3.3% annually over the past 5 years. Having many applications in food, energy, and industry, coconut oil has been consumed for generations in tropical cultures.

Coconut oil being once prevalent in the United States, known for its long shelf life and a melting point of 76 degrees, it was a staple in the baking industry. Being very heat-stable, coconut oil is well suited to high cooking temperatures such as frying. Coconut was an important and valued agricultural cash crop in the United States in the previous decades prior to the 1960’s. However, the “war” on saturated fats over the past few decades lead to food manufacturers abandoning coconut oil and replacing it with hydrogenated polyunsaturated oils which contain trans fatty acids. Recently, based on new and ongoing studies in health and nutrition, the benefits derived from consuming coconut oil are being fully recognized.

Not Just For Cooking…  The Many Uses of Coconut Oil

If Coconut oil was just known as a healthy substitute for vegetable oils and other hydrogenated polyunsaturated oils, it would deserve our healthy attention. However, coconut oil has many lesser known yet important uses such as a natural sunscreen; natural skin lotion and moisturizer; natural deodorant; make-up remover; even as a furniture polish.

Coconuts oil is easy on the digestive system due to its low acidity. 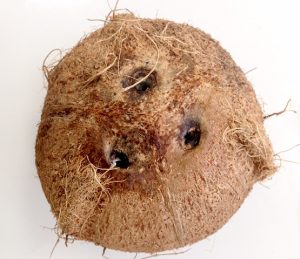 Coconut meat has a high percentage of fiber with as much as 75% in the form of total carbohydrates.
Coconut oil’s high lauric acid (an important fatty acid) content as a proportion of MCT (medium chain triglycerides). Pure coconut oil contains about 50 percent lauric acid, and is the most abundant natural source of lauric acid available.
European sailors who discovered this fruit in the 16th century noticed that it appeared to have a face due to the three dark patches, so they named it “coconut” after the Spanish word coco meaning “a grinning face”. When the coconut germinates the root will push out through one of these dark patches.
Coconut water, (the liquid inside of the coconut) is reportedly, the fastest growing beverage category in the world, having even outpaced energy drinks.
Coconut water is a high source of electrolytes, making it a natural hydrating sports drink.
The Universal Donor… Coconut water is identical to human blood plasma and has the same level of electrolytes as found in human blood. During the Pacific theatre of WWII, coconut water was commonly used as an intravenous drip to give wounded soldiers plasma transfusions, being siphoned directly from the shell.
Coconut water exports to the United States and other countries quadrupled in the first quarter of 2012, compared to the same period in 2011.
Born to Float… Coconut seeds have evolved to be spread by water and can survive for many months afloat at sea, and then germinate when they are washed up on land. After germination the milky water inside the seed will provide enough moisture to sustain the seedling, even in sandy conditions.

In the late 1990′s, The Center for Science in the Public Interest (CSPI) in Washington waged a full out war on the coconut with movie theaters. The CSPI demanded that coconut oil be taken off the menu and replaced with vegetable oils – and it has been, to our detriment. Vegetable oil is high in alpha-linolenic acid, which has been shown to increase deaths attributed to coronary artery disease. So, the buttery topping currently being sold in movie theaters may in fact be less healthy than it was before coconut oil was removed.

(For informational purposes only. Jedwards does not advocate or endorse the use of this product for any specific medical condition or treatment of a disease or particular use.)